In the past, someone arrested for driving under the influence of alcohol (DUI) used to be given a choice of three tests to verify the amount of alcohol in their system: a blood, breath, or urine test.  Since then, urine tests have been found to be unreliable for concentration amounts.  Blood tests are invasive and involve a needle.  Because of this, a breath test has been the preferred choice by law enforcement and the accused.

To take a breath test, a person blows into a machine, called an intoxilyzer, and the machine figures out how much alcohol is in their blood.  If the result is a .08% blood alcohol content (BAC) or higher, then the person is deemed intoxicated and not safe to operate a vehicle.  A result lower than a .08% infers that the person may be safe to drive, but that can be challenged by the person's driving pattern and other factors.

An intoxilyzer is a machine, and is subject to problems, like any other machine.  Sometimes the results are not accurate, the machine may need calibration, and there is an expected variation in results.  Also, the operator must be trained and certified, and needs to keep the certification current.  There are also rules governing an observation period prior to administering the test to make sure that there is no alcohol in the test subjects mouth from burping or regurgitation that could effect the validity of the test.

If you have been arrested for DUI, and had to take a breath test, this fact will be explored in both the Drivers License Hearing and the prosecution of the criminal DUI charges.  I have successfully represented clients in challenging the validity of the intoxilyzer test results based on the problems with the technology, the failure of  a police officer to follow the mandatory protocols, and the failure of the officer to keep his certification current.  As a result, I have been able to help my client's keep their drivers licenses, and avoid criminal convictions. 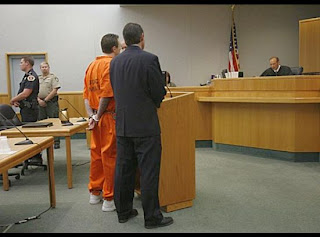 To begin with, let's define the two.  In Utah, counties and cities open a bidding process to fill the position of Public Defender.  Bids come in from various attorneys with different levels of experience and expertise.  The Public Defender contract is usually given to the lowest bid, sometimes with no regard for experience.  Once the public defender is selected he or she is inundated with cases, appointed by the court, for defendants who qualify for free representation.  The case load is always very large, and very limited of time is given to each case because of the volume of cases.

Public defenders work with the city and county prosecutors to resolve each case as quickly as possible.  Because of the huge demand on the public defenders, defendants do not always get the best representation or defense in their cases.  I have heard many defendants upset and frustrated that their public defender has no time to return phone calls, refuse to prepare a suppression  motion, do a preliminary hearing, or take their case to trial, because they don' have the time.

A Private Attorney is a lawyer who is hired by a defendant to represent them in court.  Private attorney's have much small case loads, thus they have more time to work on a case, interview witnesses, investigate and meet with the client, even return phone calls.

Hiring a private attorney allows you to shop around, get referrals, research which lawyer has experience in criminal law, and which one is a general attorney, knowing a little bit about a lot of different areas.  Most private attorneys will allow you to come into their office for a free initial consultation.  This way, you can find out how experienced the attorney is, his or her feelings about your case, and the fee you would be charged.

The saying "You get what you pay for" is often very true when hiring an attorney.  The more experience, the better the representation and defense.  If you are charged with a crime, give me a call.  You don't want to chance your future with anyone else.

When Can a Police Officer Pull You Over? 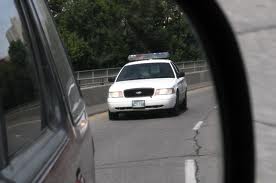 A police officer cannot pull over anyone without a reason.  There has to be what is called "probable cause" that a crime is occurring to justify a stop and contact.  Officers can also make contact with a citizen to perform a welfare check, if they are concerned that a person is in danger.

Typical reasons why a vehicle is stopped include traffic violations like speeding, failure to signal for two seconds before turning or changing lanes, reckless driving, running a red light, failure to wear a seat belt, crossing the fog line, and driving with a cracked windshield.  Officers also will stop a car if a license check reveals that the registration is not current or the insurance is expired.  In DUI investigations, one or more of these traffic violations will usually be observed.  Other non-criminal reasons for stopping for a welfare check or DUI suspicion would include driving too slow for traffic conditions, or weaving inside the lane.

There are times where the officer does not see any traffic violation, but a concerned citizen calls 9-1-1 to report erratic driving.  Under these circumstances, an officer can stop a vehicle based on the citizen complaint.

To avoid being pulled over by the police, I highly recommend keeping your license, registration and insurance up to date, and keep all of your vehicle's parts in good working order, including your windshield.  If you are stopped by an officer, and the reason why is not clear, keep on eye on the officer to see if he or she walks around your vehicle prior to making contact (looking for a reason to justify the stop.)  If cited or arrested, make sure you let your attorney know as much detail as possible about the stop as an illegal stop can result in the case being dismissed.

I had a client who was pulled over for no reason.  The officer later told him that he was stopped because the license plate light was out.  The officer then investigated further and arrested my client for charges unrelated to the reason given for the stop.  (i.e. DUI, drug possession, etc.)  I filed a motion to suppress the evidence because my client was adamant that his license plate light was working.  At the hearing, my client's friend, who had been a passenger in the car the night it was pulled over, testified and showed the judge a picture of the lit license plate that he took with his cell phone at the scene.  I requested a suppression hearing based on the illegal stop.  As a result, the judge ruled that the stop by the officer was illegal, without probable cause, and threw out all of the evidence obtained after the stop.  The case was dismissed much to the frustration of the Officer.

If you feel that you were stopped without probable cause, call me to evaluate your case.

Utah DUI: Driving Under the Influence . . . Without Driving? 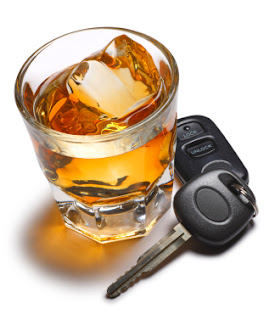 I used to practice criminal defense law in California.  In California, in order to be guilty of the crime "Driving Under the Influence" the accused had to actually drive, the vehicle had to move, if only an inch, while the driver sat in in the driver's seat.

In Utah, a DUI is actually a DSUI "Drivers Seat Under the Influence."  Utah Code section 41-6a-501 outlines how a DUI is committed.  In that section it reads:  "A person may not operate or be in actual physical control of a vehicle in this state if the person . . . has a blood or breath concentration of .08 grams or greater . . . [or] is under the influence of alcohol, [or] any drug . . ."

The Utah Supreme Court has ruled that "actual physical control" in that statute prohibits an intoxicated driver from entering the vehicle.  Garcia v. Schwendiman, 645 P.2d 651, 654 (Utah 1982).  In deciding whether a driver is in control, the Utah Court of Appeal has ruled that a judge or jury can consider the following factors:

Richfield City v. Walker, 790 P.2d 87 (Utah Ct. App. 1990).  Notice from that list that only one factor involved whether the person actually drove the vehicle.  Just sitting in the car with the keys is enough to convict someone of DUI if they are intoxicated.  Indeed, the Utah Supreme Court has found that an intoxicated motorist, asleep at the wheel in an inoperable truck, was in actual physical control of the vehicle and was therefore guilty of DUI.

I have represented individuals in Utah who were arrested for DUI when no one saw them drive.  One of my clients was arrested as he was entering his car, another was arrested in her home, and had her car towed from her driveway, because police heard that she had driven while intoxicated,  other clients have been arrested while sitting in the drivers seat waiting for a taxi or family member to pick them up because they knew they were too intoxicated or too drunk to drive.  Fortunately, I have been able to help these clients build a good defense, based on common sense, and they have been able to avoid DUI convictions.  Still, based on the way the law in Utah has been written and interpreted, facing a DUI in Utah without an attorney can lead to expensive, life changing results. 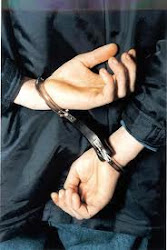